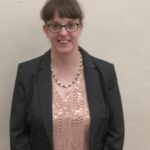 Invernesian Yvonne Marrs (1982-present day) has loved writing for as long as she can remember, moving to the London area at the age of 19 to pursue her dream of becoming a published author.

Yvonne graduated from UHI (Inverness College) with an HND in Administration and Information Management, a set of skills she puts to good use to organise herself and her work – especially as she has her own publishing company, WTSMP Publications.

Currently Yvonne has three complete fictional series published – the ‘When The Sax Man Plays’ series, the ‘Football Crazy’ series and the ‘Aiden Lewis’ octet. There are two more series in the pipeline which are half way through publication at the moment. (April 2020)

In February 2020, Yvonne undertook a similar challenge to NaNoWriMo in order to produce a fundraiser book called Harbourtown Murder. 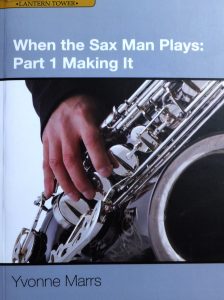 The first Sax Man book, which Yvonne maintains did start out as just one book (! – as we know, one became three, which became four, then five, then a prequel was released!) was published by Melrose Press’s own Lantern Tower in 2008. Back in those days, paying to publish your own book was starting to gain popularity and many small presses sprung up and into business.

Yvonne visited several after exchanging communications and meeting with some at London Book Fair, but was hooked by the easygoing commissions editor at Lantern Tower  in Ely. Unfortunately, a lot of argument went on surrounding the book layout, punctuation, cover image, style etc before it was produced and released into the world in May 2008.

Obviously proud to have her work out there, Yvonne was thrilled to arrange book signings with Waterstones stores in her area – and met with other booksellers to have her book stocked by individual stores. 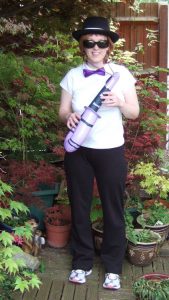 On the day of her book launch, Yvonne also completed her local 5k Race for Life, dressed as a sax man! (11th May 2008)

By now, Yvonne had material for the second and third books, but wasn’t entirely convinced to continue with Lantern Tower, so the search began for a second publisher. One with more flexibility to what she was looking for regarding the design of the book itself, as opposed to the template design used by the previous publisher. Lots of opinion came back that the novel looked like a How-To Manual! This would not do!

Grosvenor House were chosen to produce the second book in the Sax Man series – but there were more limitations with the service provided. More promotional and marketing responsibility was on Yvonne’s shoulders; famously, Yvonne has said that she loves a challenge – this is what she received! However, the pros far outweighed the cons, so a one year deal was signed. 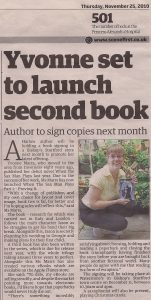 Using contacts new and old, Yvonne continued to promote her work and sell her books. This was now August 2010, electronic books were coming into play and the market was swinging from paperbacks into eBook versions of novels. Interestingly, authors were told to market their eBooks at the same price at the paperbacks – something that is unheard of nowadays!

At London Book Fair 2011, Yvonne was too ill to attend on the day. Her husband went armed with set questions for set publishers and printing companies on her behalf, updating her on his progress. He was unimpressed with the companies Yvonne was expressing interest in.

Already having informed Yvonne that she could become her own publisher and do everything herself, completely free of restrictions, it looked as if this was the best way to go. Sure there were legal obligations to fulfil, but with her HND qualification in Business, Yvonne already had the skills necessary. Aside from this, Yvonne completed a Proofreading and Editorial Home Study course, enabling her to edit her own books.

Speaking with a representative of Imprint Digital, a printing company in Exeter, he was more than won over by the idea – the last hurdle was to convince Yvonne! More research later, Yvonne founded her own company to produce her books – WTSMP Publications, the name a nod to her first fictional series, When The Sax Man Plays.

Imprint Digital went on to not only produce Yvonne’s third, fourth and fifth books, Yvonne also republished her first and second Sax Man books under her own company. 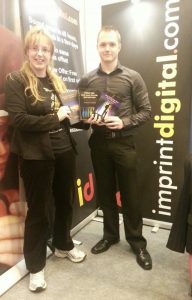 Yvonne and Jamie, the man who helped her create the perfect books, at the Imprint Digital stall, London Book Fair 2013. 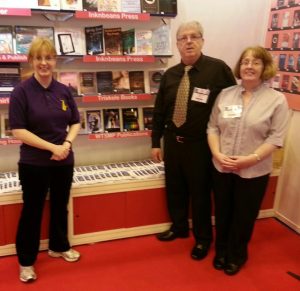 That was the same year that Yvonne had a shelf at London Book Fair’s New Exhibits stand. (Most authors show only one book!) Here she is with her parents, who came for a visit for the occasion.

Close up of paperback books in the Sax Man Plays series.

Nowadays, Yvonne doesn’t produce her work in paperbacks – it is far more efficient and economical to create eBooks – however, she is producing paperbacks of her eBooks through Amazon’s KDP (old name of CreateSpace) software. Trends are dictating that electronic books are not going to completely replace paperback books – thankfully – thus, readers are still demanding to have a paperback option for their reading pile.

After that brief interlude into Yvonne’s publishing journey, below you will find some other things you may enjoy about Yvonne and her work.

In the Summer of 2017, Yvonne joined forces with fellow sufferer and music man Joshua Francis to raise awareness of invisible illnesses like CFS, Anxiety, Depression, Fibromyalgia and others. Yvonne has published an eBook of 50 work pieces, from which Joshua chose two and created beautiful songs from.

More recently, Yvonne began crafting and has produced her own eShop and website from which to sell her handmade cards and gifts. Find them here:

If you are interested in the photography side of things, take an inspiring visit through Yvonne’s images at: Weston Photographics